The results were different than expected.

During stationary throttle the blower produced a very good vacuum. So I could adjust the mixture leaner. The gas intake was also flawless. The engine turned the propeller effortlessly to 5200 rpm, then dropped to stable 5000 rpm after 30-40 sec.

But all that with only 8 running cylinders!

So I had the same power with 8 cylinders as before with 9 cylinders! To exclude a mechanical problem, I turned the engine 180 ° and fastened it on the test bench to check if the cylinder ran now. Now a different cylinder failed. Interestingly it was in the exact same position as the previous cylinder. 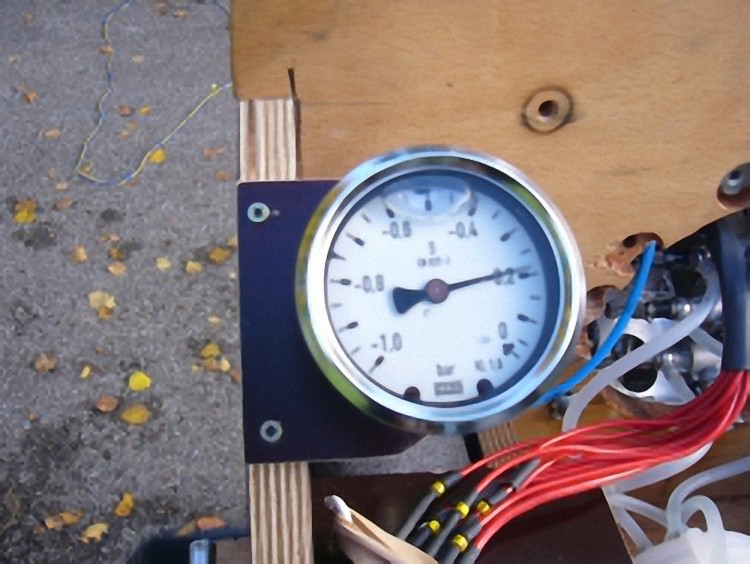 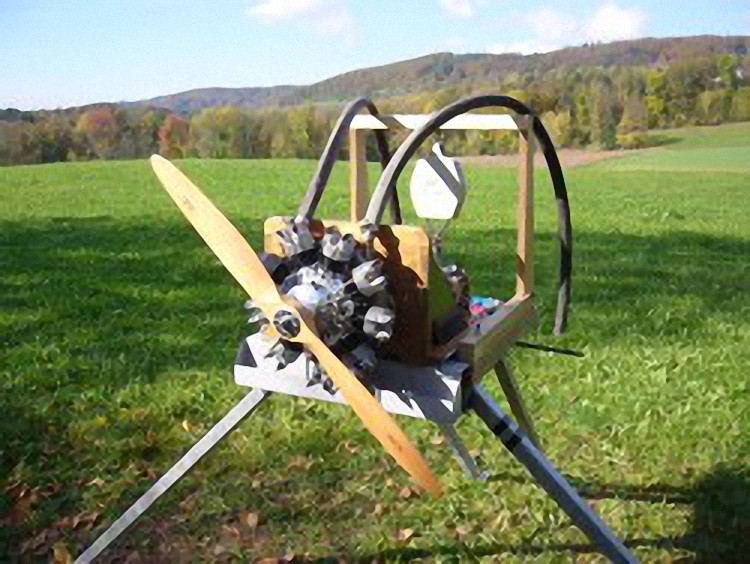 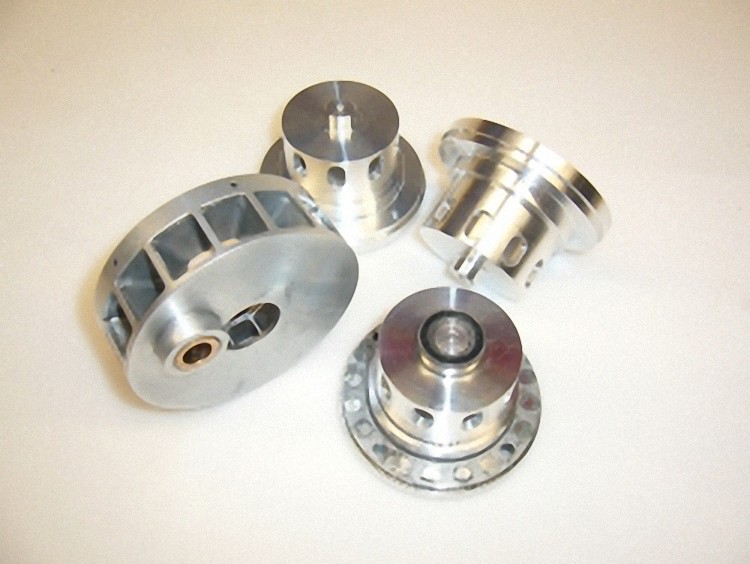 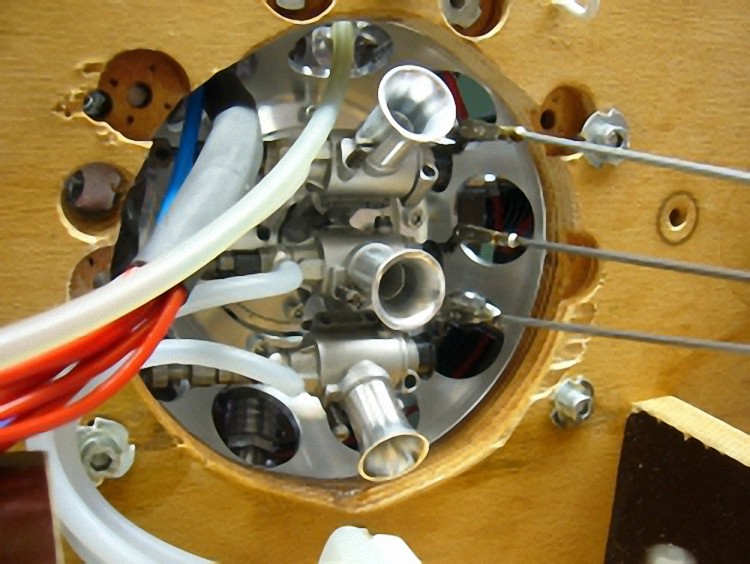 To get the engine to run on all cylinders, I rebuilt the carburetors from two to three carburetors. I assume the two carburetors in combination with the radial blower were too small. That means too much air in the mixture.

The result was again surprising. The engine still ran on 8 cylinders but with 5100 rpm. 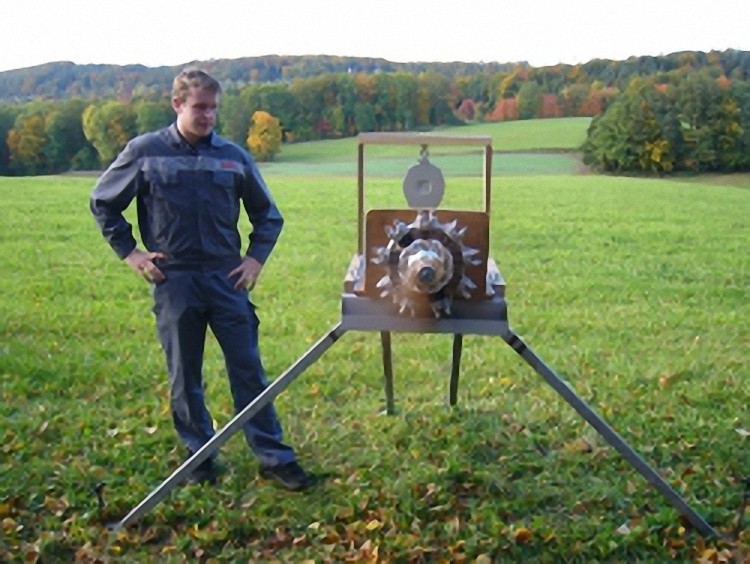 The temperature of the individual cylinders is about 120-125°C, in the optimal range.

The problem with the temperature difference of the individual cylinders in my 9-cylinder radial engine therefore lies with the carburetor placement.

In my 9-cylinder radial engine I adjusted the three carburetors so that it has a rotation number of 5100 rpm. Therefore I can be sure the engine still increases at least 1000-1500 rpm during flight.

Interesting facts to the engine temperature:

The engine temperature is dependent among others to the surrounding temperature.

A methyl alcohol engine should have 120°-180°C during full throttle, measured at the cylinder head’s exhaust side (these are values based on experience with our 9-cylinder radial engine!)!

Is the temperature too high for a longer period of time, the oil film between liner and piston tears and you compulsorily get a piston seizure! (My experience is based on methyl alcohol without nitro. The temperature changes when using nitro. Of course you have to ensure that the engine gets enough cooling air when it runs under a hood in a model.

In two-stroke engines you have a temperature between 200°C and 300°C. This value is measured at the ignition plug. When the ignition plug has less than 200°C, it easily chars and can’t work properly anymore. The piston still doesn’t have more than 150-200°C for a longer period of time, as the oil film between piston and liner would tear.