One day Friedrich Wolf called me from the area of Frankfurt/Main and told me he owned a Seidel St 5-525 GL radial engine. It was from 1995 and had never run before. This is a Seidel radial engine from the first series without a nameplate (a small rarity!).

Now he finally wanted to build the engine into a PZL 106 Kruk. However, he was missing a suitable ring muffler. After several telephone conversations with the Seidel Company that wanted to send him a ring muffler but never did, he asked me to help him build a ring muffler for his radial engine. As I had already built several ring mufflers, among these also one for a Seidel ST 7-250, that was not a problem for me and I was pleased to agree.

Soon a very friendly Friedrich Wolf came to visit and brought me his radial engine. As I was holding the engine in my hands I immediately noticed the Super Tigre carburetor. I had already experimented with such a carburetor. However, right during the second test run, the plastic accelerator broke off. Checking the accelerator more closely, I noticed it was hollow inside and therefore had to break sooner or later. So I made a new aluminum accelerator to replace the plastic one. The carburetor also got a nice suction head. I upgraded the carburetor of the ST 5-525 GL in the same way. 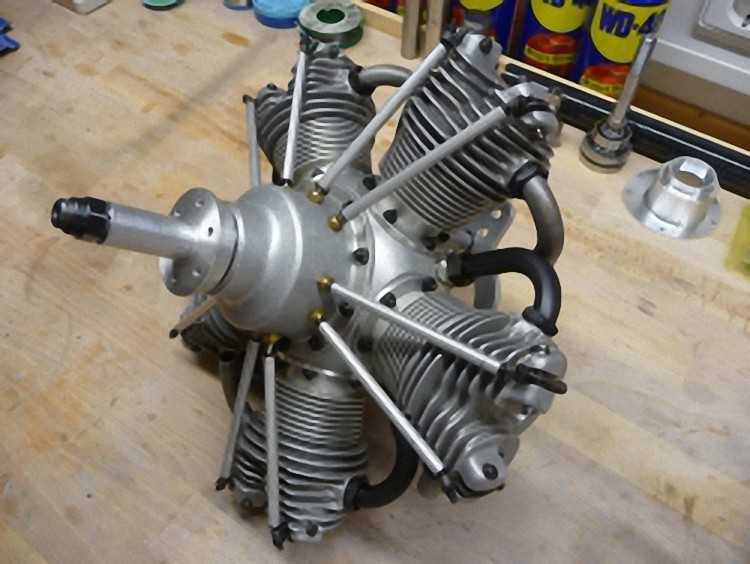 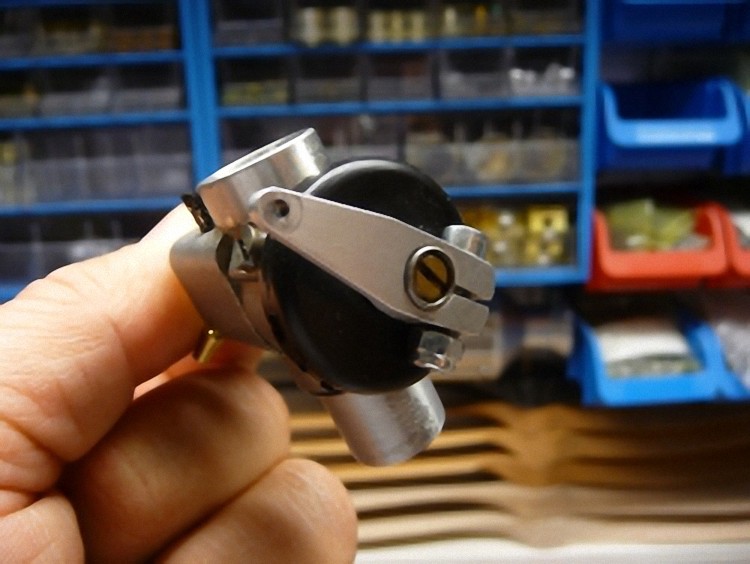 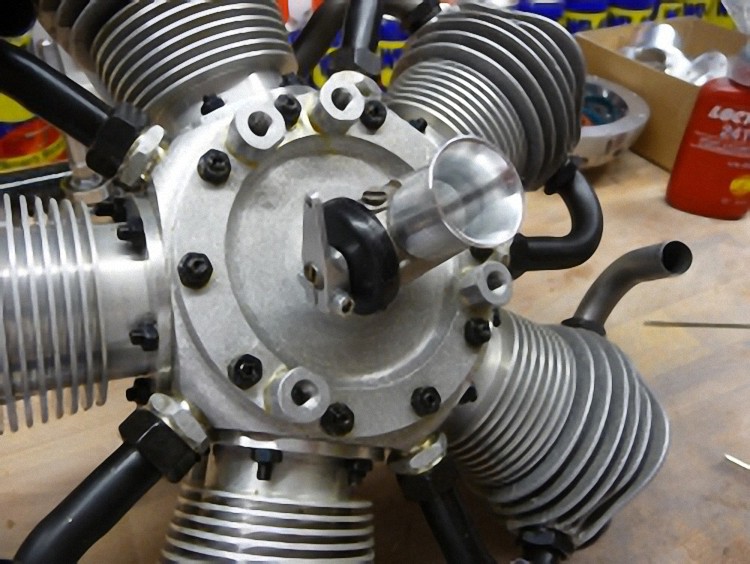 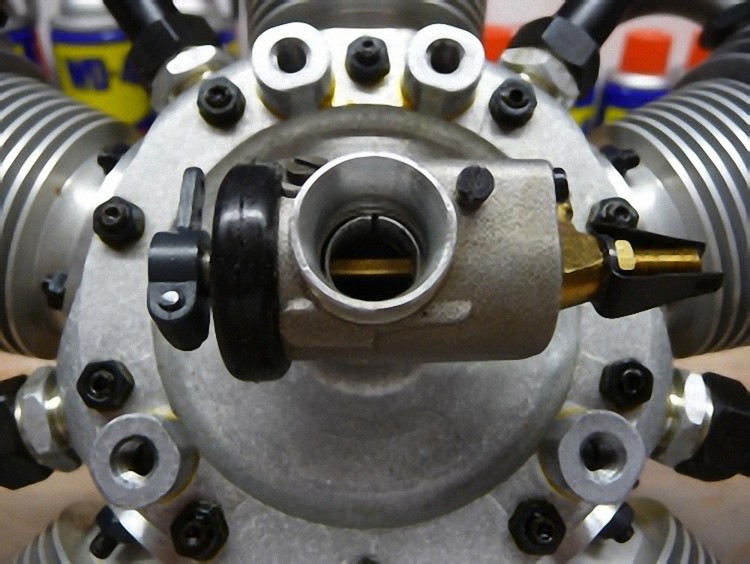 Friedrich Wolf had a clear picture of what should happen with the ring muffler.
These guidelines were:

As the original exhaust manifolds are flanged and tear off after one flying season at the latest, I recommended Friedrich Wolf to detach the flange and exchange it with a turned flange bushing that is welded faithfully into the manifold. When everything was clarified, I went straight to work. 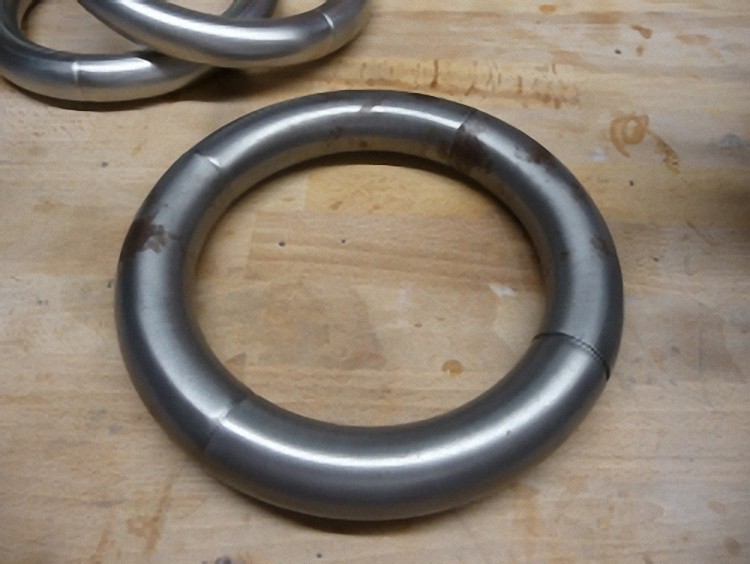 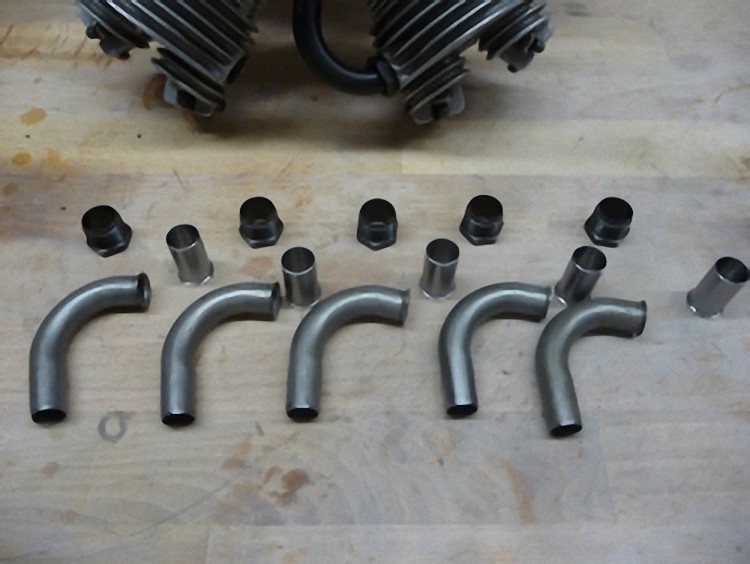 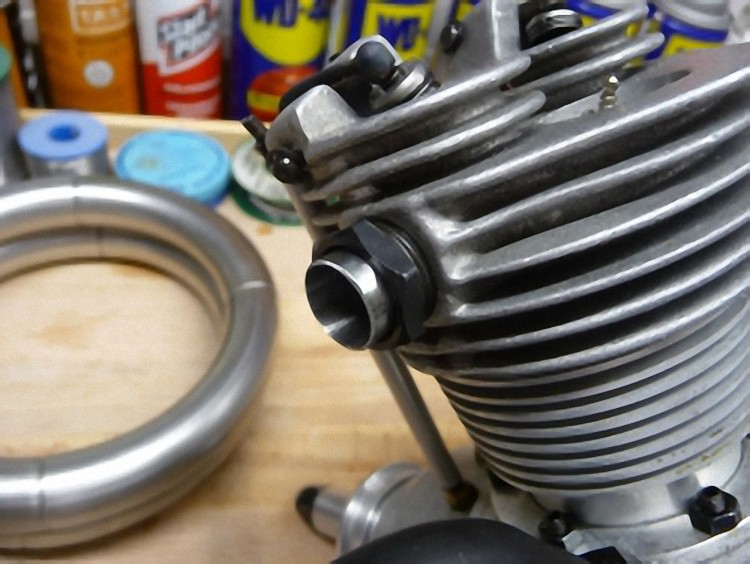 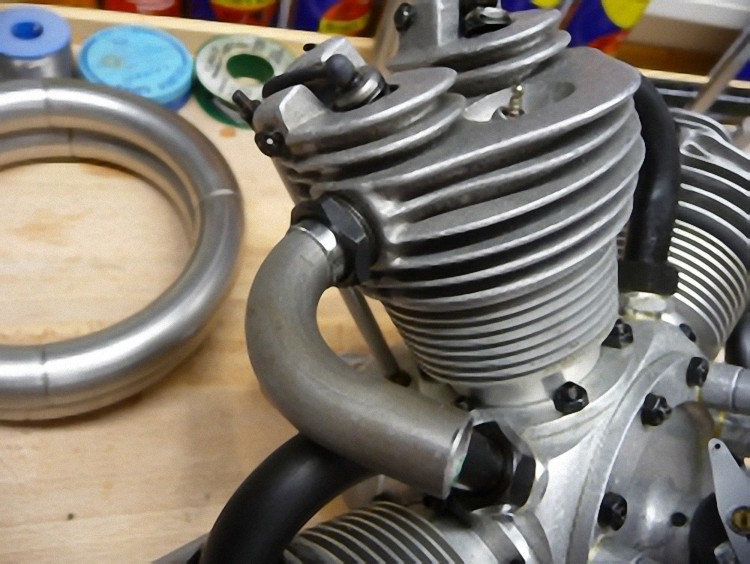 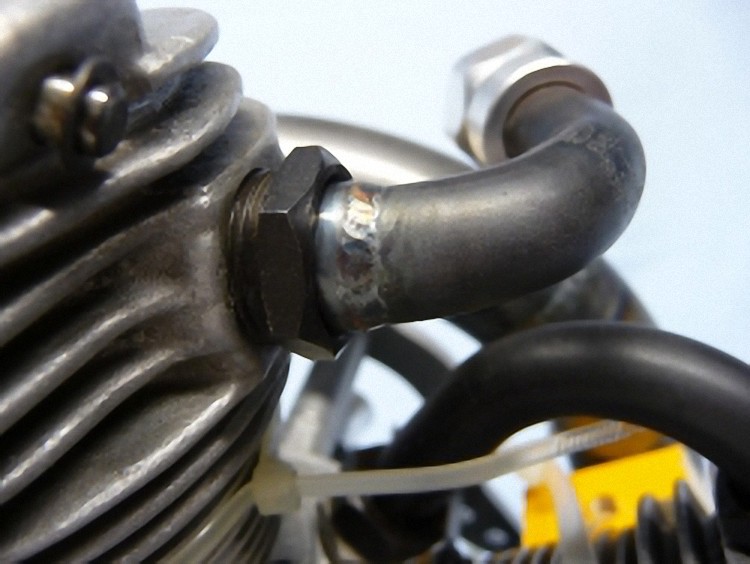 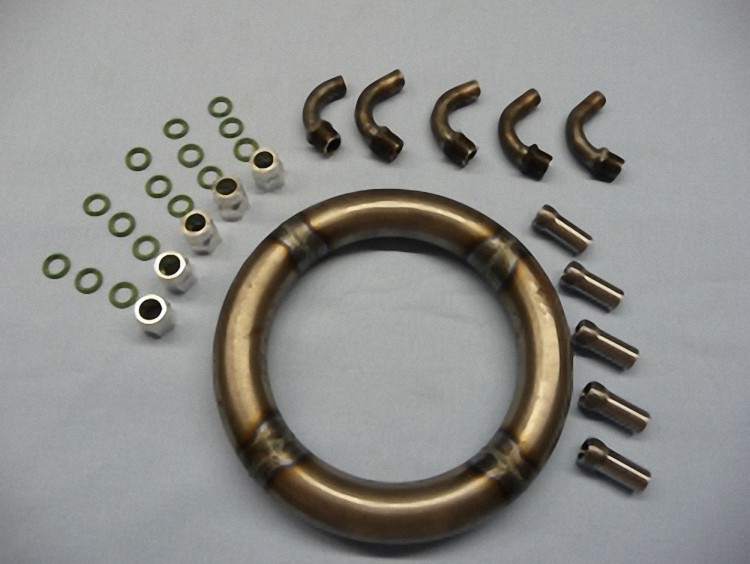 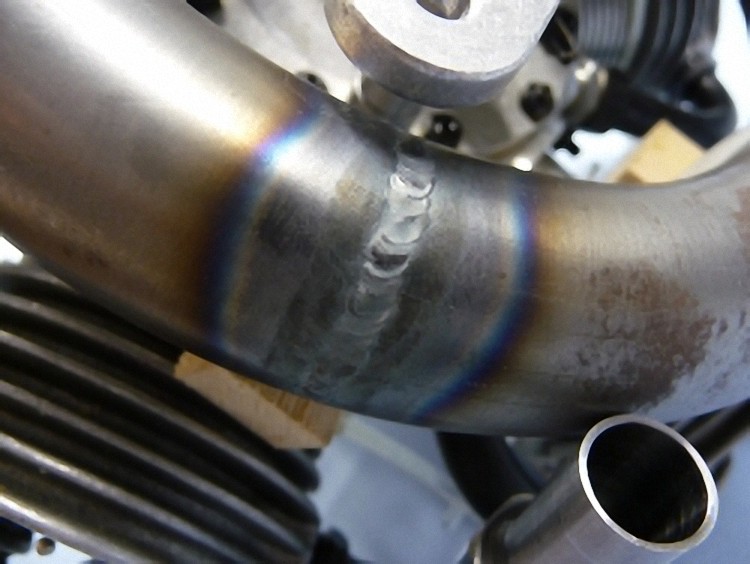 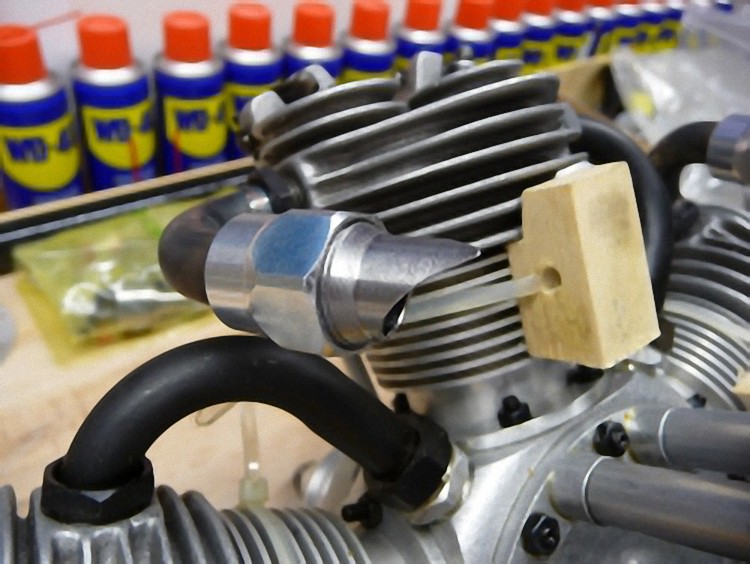 The quarter arcs from the Krumscheid Company and the flange bushings with manifold were welded together like in the original airplane. The hole for the mighty exhaust on the side was countersunk. Then the ring muffler was fixed to the engine in the right position. The welding sockets were adjusted according the radius of the ring. 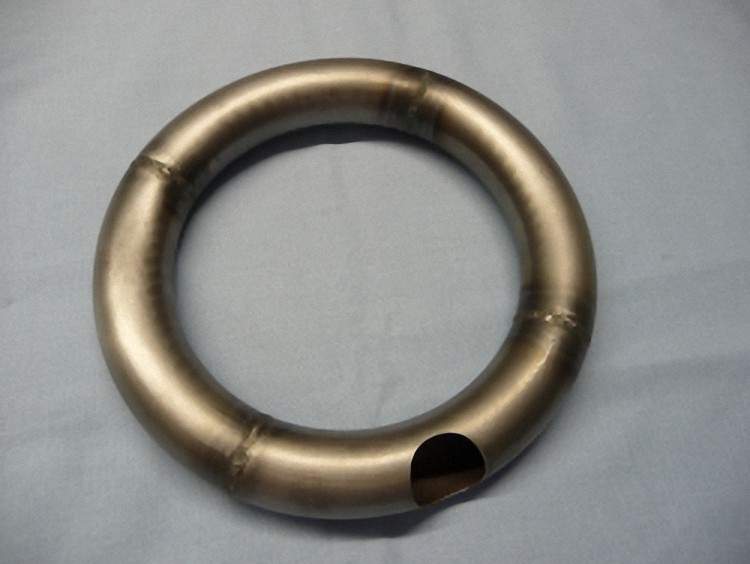 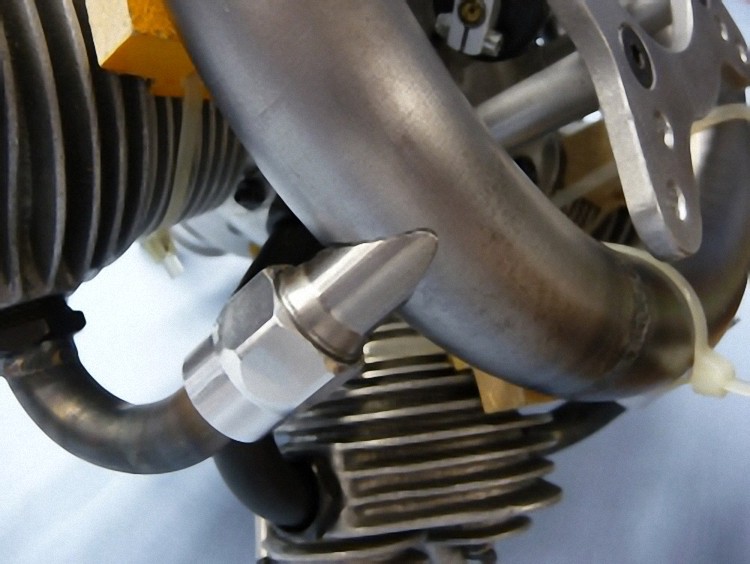 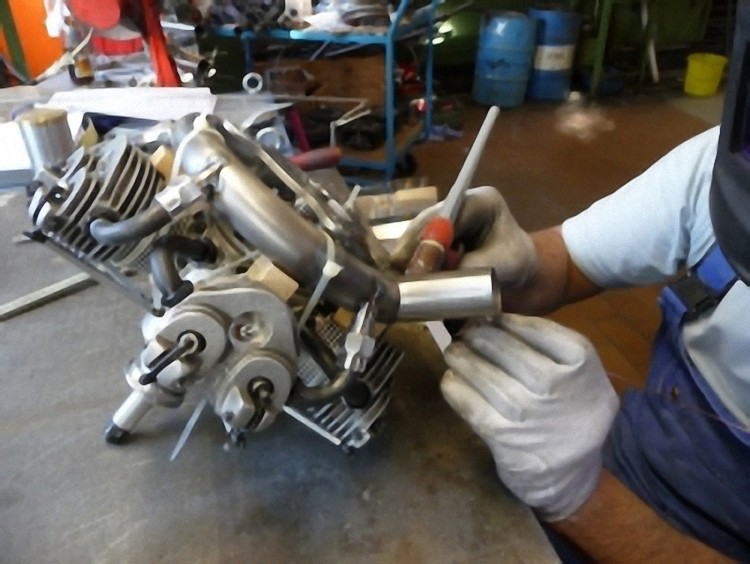 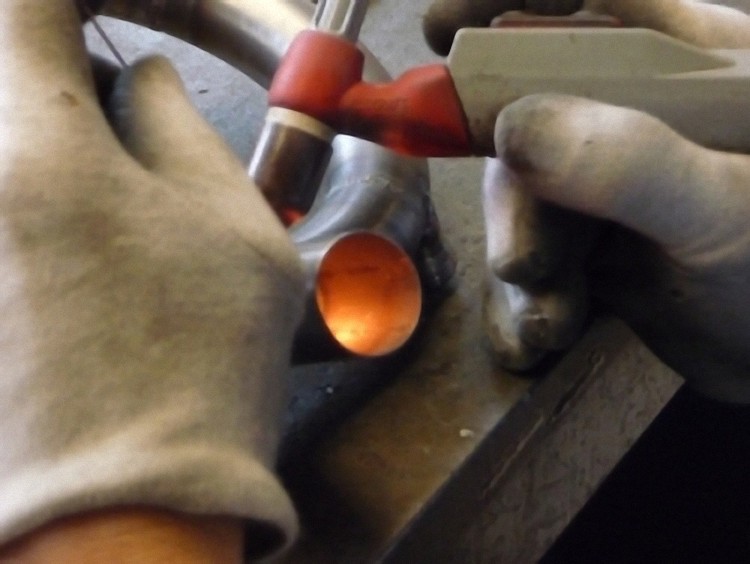 So that no tension occurs in the exhaust, everything was welded when built in. 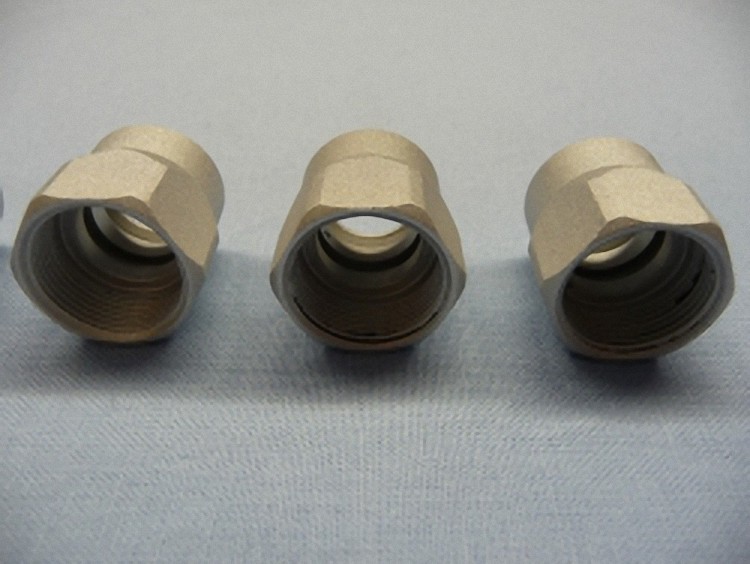 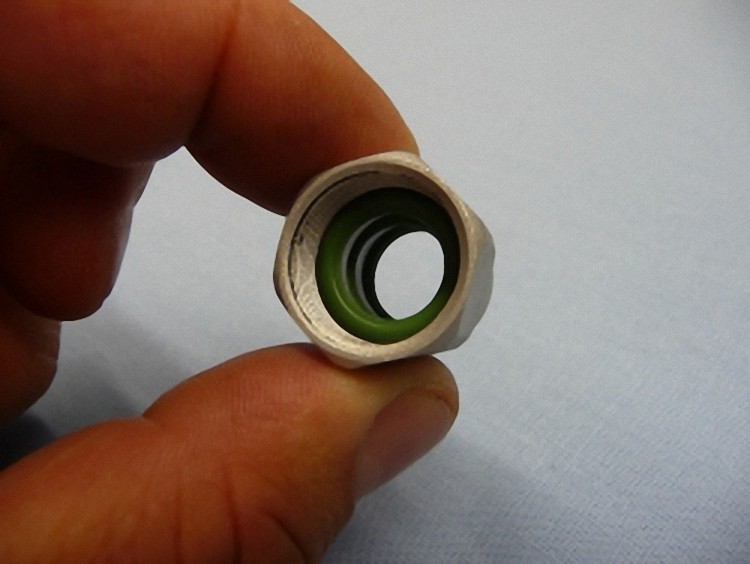 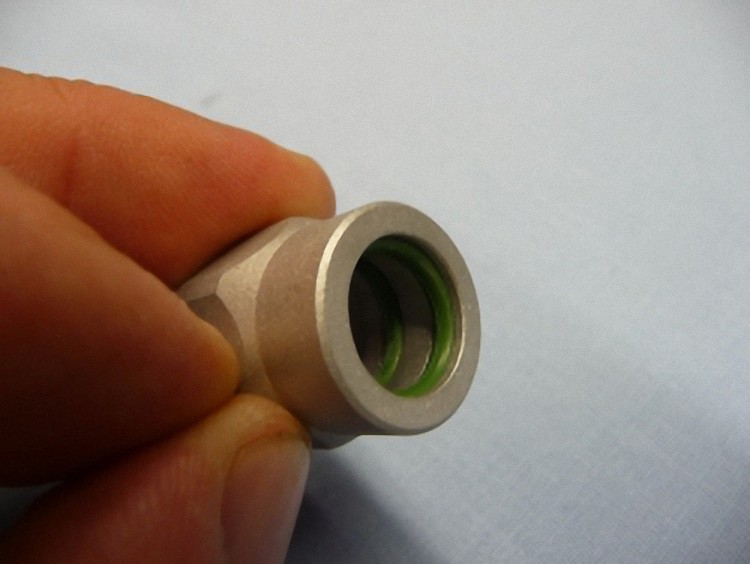 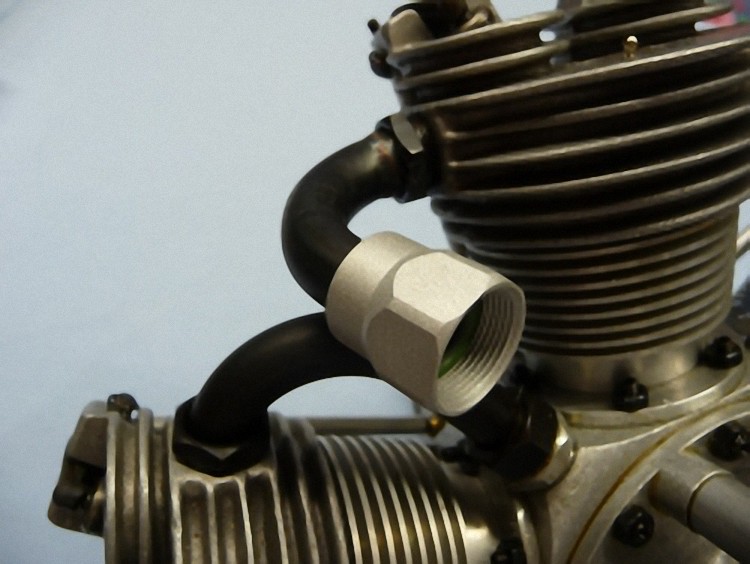 After welding everything was dismantled and the ring with the manifold was surface-treated. Thereby you get a look true to the original (the bronzing is not a rust protection!). The ring muffler was mounted with aluminum union nuts with three inlaying heat resistant O-rings. One O-ring seals the welding sockets, the other two seal the exhaust manifold. So there is no rigid linkage and vibrations cannot be transferred. 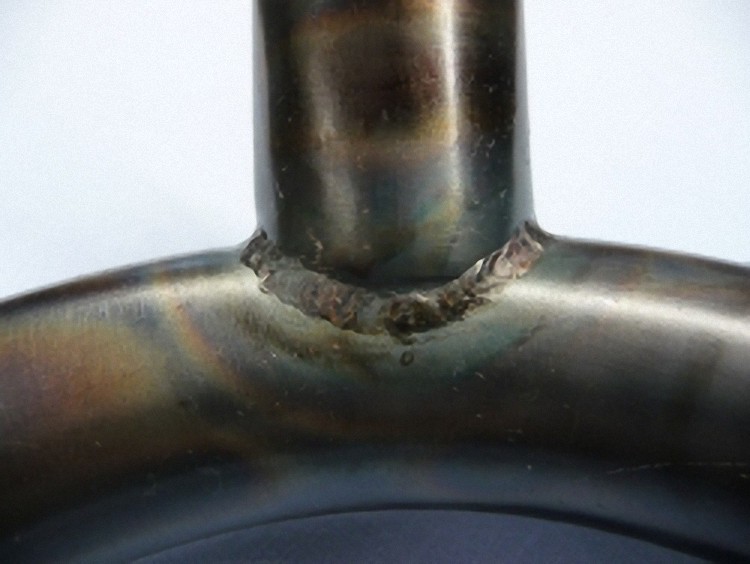 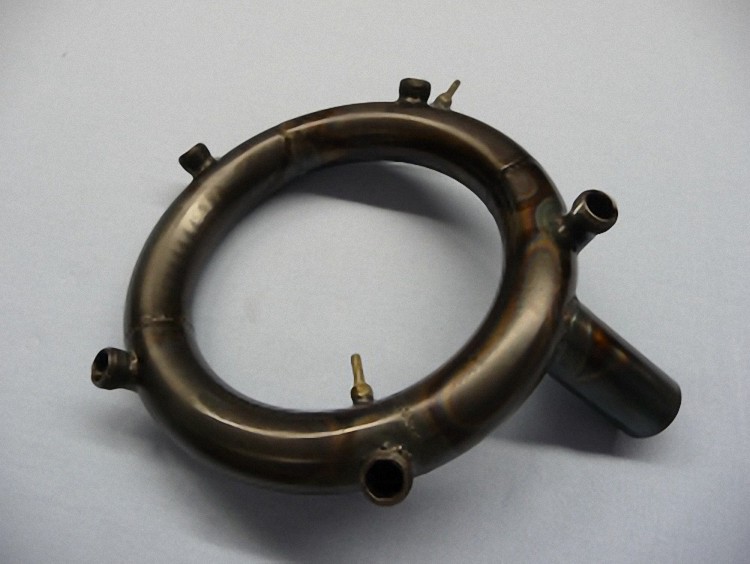 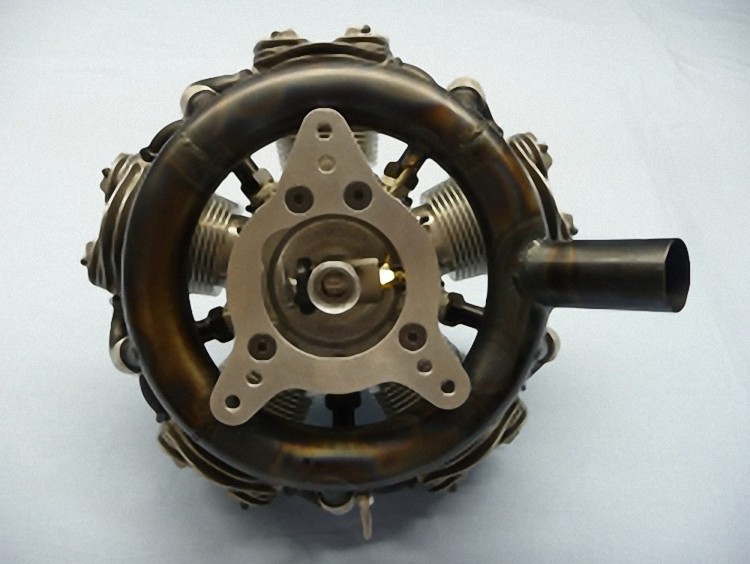 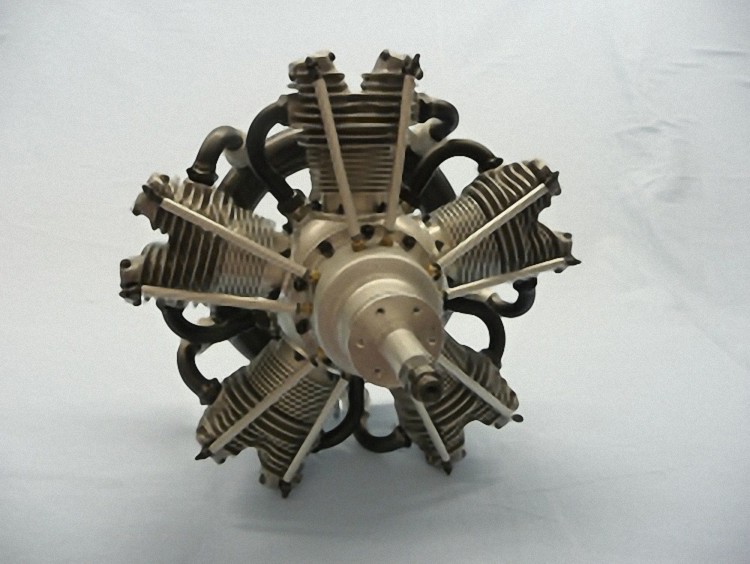 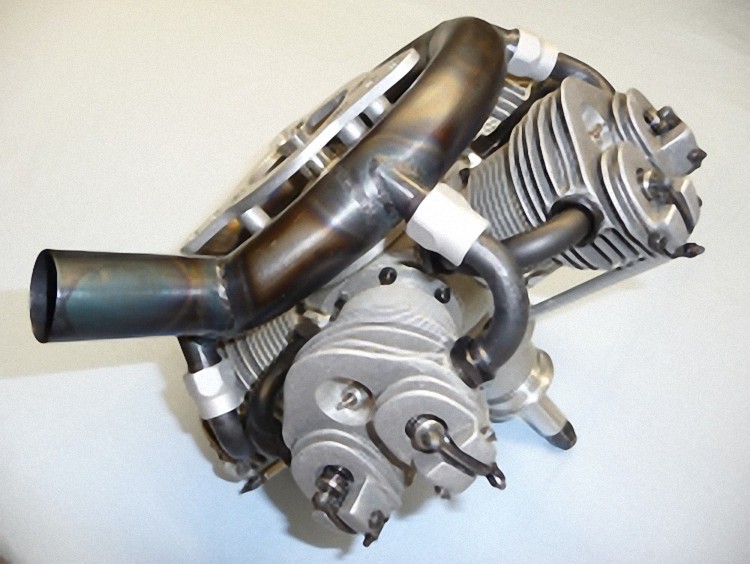 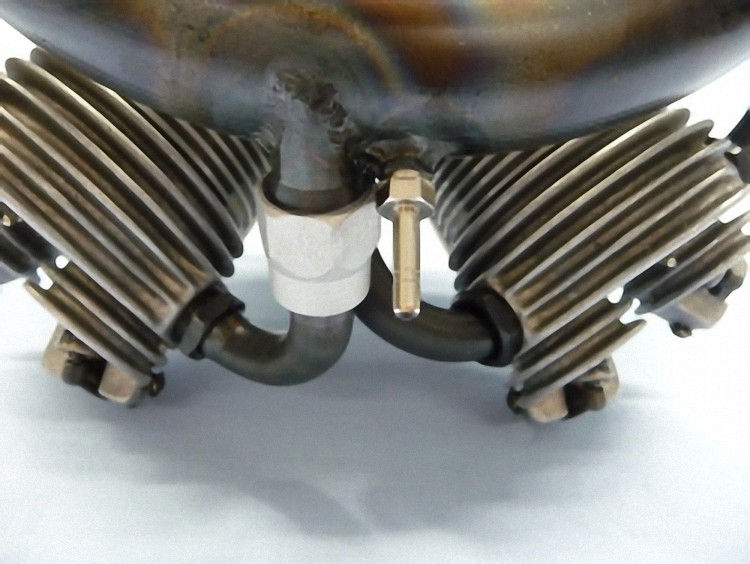 During the building period Friedrich Wolf was kept up-to-date with the individual building steps via picture documentation. 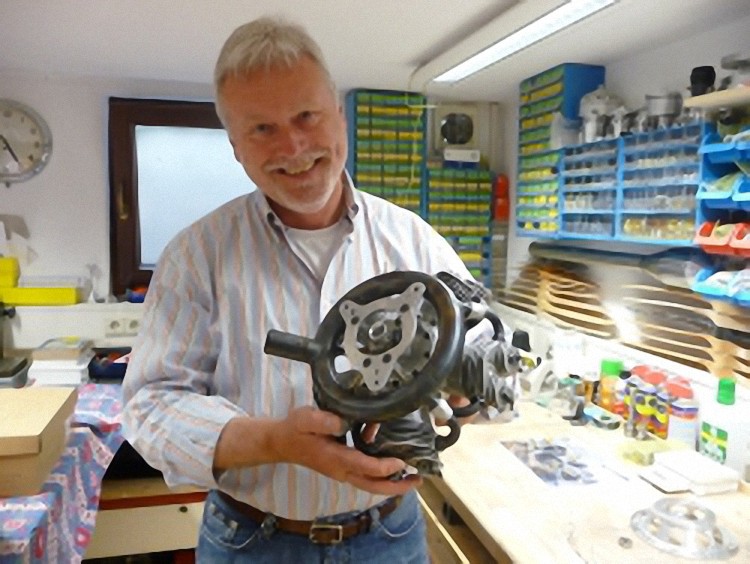 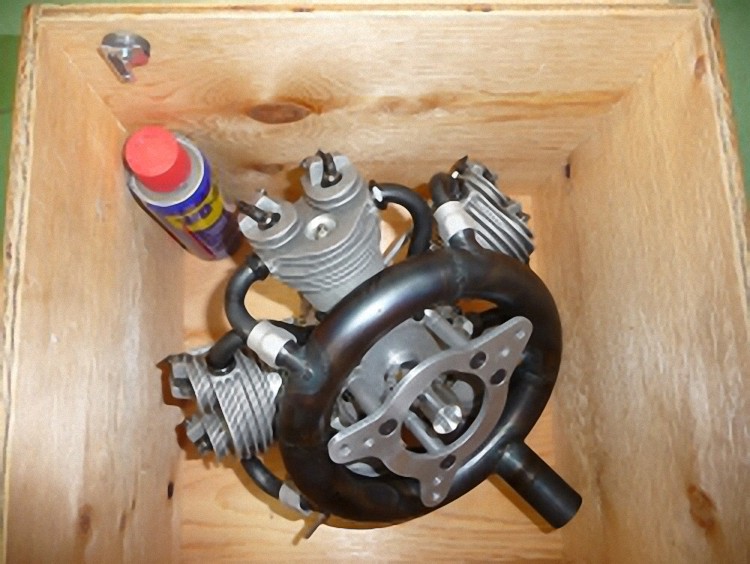 The time was here. The Seidel radial engine, now functional with a ring exhaust, was back in its original wooden case and Friedrich Wolf could finally begin his project PZL 106 Kruk. Friedrich Wolf was more than happy with the design. By now the first test runs impress with a grumbling sound true to the original.

By courtesy of Friedrich Wolf